Ray W. Henry is my soulmate.  We met in 1991 playing Dungeons & Dragons.  I had a mad crush on him in college, but he spurned my love to chase after this gal who never did give him the time of day.  Rather than lose his friendship altogether, I sucked up my pain and went on with life.  Thirteen years later, we still played D&D together and spent time going to movies and the Renaissance Festival.  After a bit, I started to notice that he was paying a lot of attention to the details of my life.  I also started to notice how the air seemed to get a lot thinner whenever he was in the room (i.e. it was harder to breathe!)  One fateful night, I found myself kissing my best friend.  A few days later on December 5, 2002, he told first said the words, "I Love you," and we became an Official Couple (tm).  On August 30, 2003, he proposed to me oh so romantically in the Olive Garden and put a pretty little ring on my left hand.  This bauble was soon to be joined by a second one on June 21, 2004.

I honestly believe we will live happily ever after, if only because we Love each other so much.

Okay, so our story is actually a lot more complex than that.  To find out the whole tangled truth, click here for instructions to find it online.

Here's a picture of Ray posing for the camera, while trying to look candid at the same time. 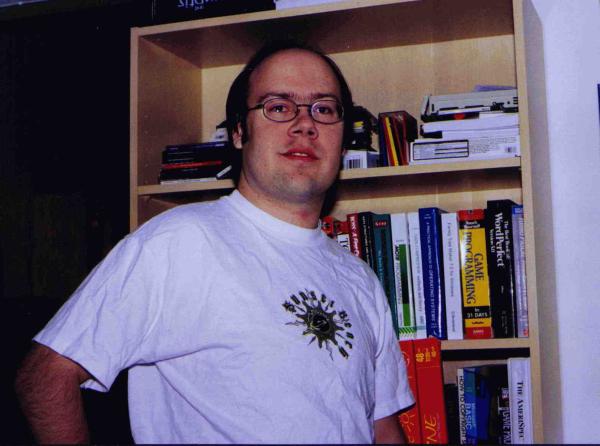 Here are two pictures of us on an early date to the Booklover's Bash, February 15, 2003. 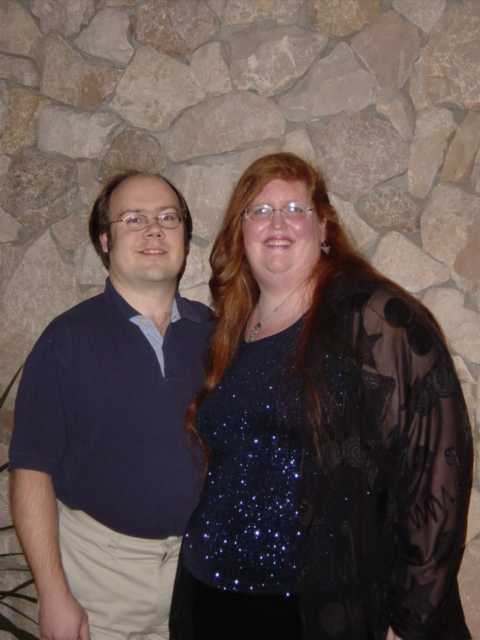 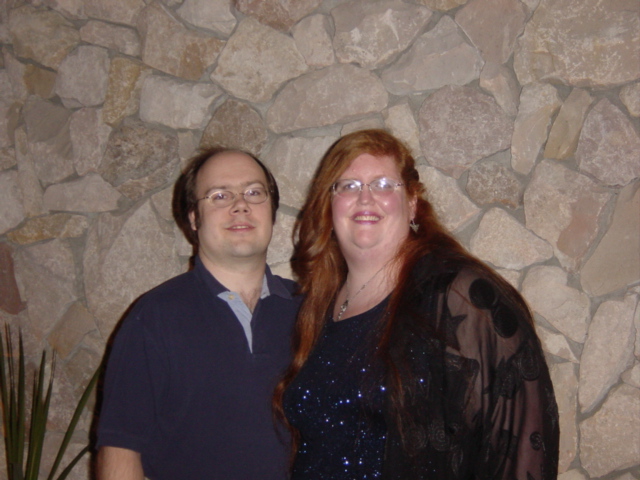 This is a picture of us at the Star Trek Convention (April 2003) with our friend Chris Caro. 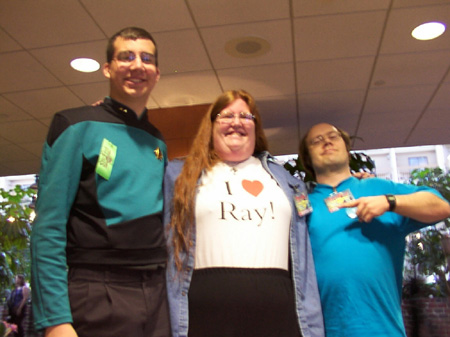 This picture shows us looking very country at the State Fair in August 2003. 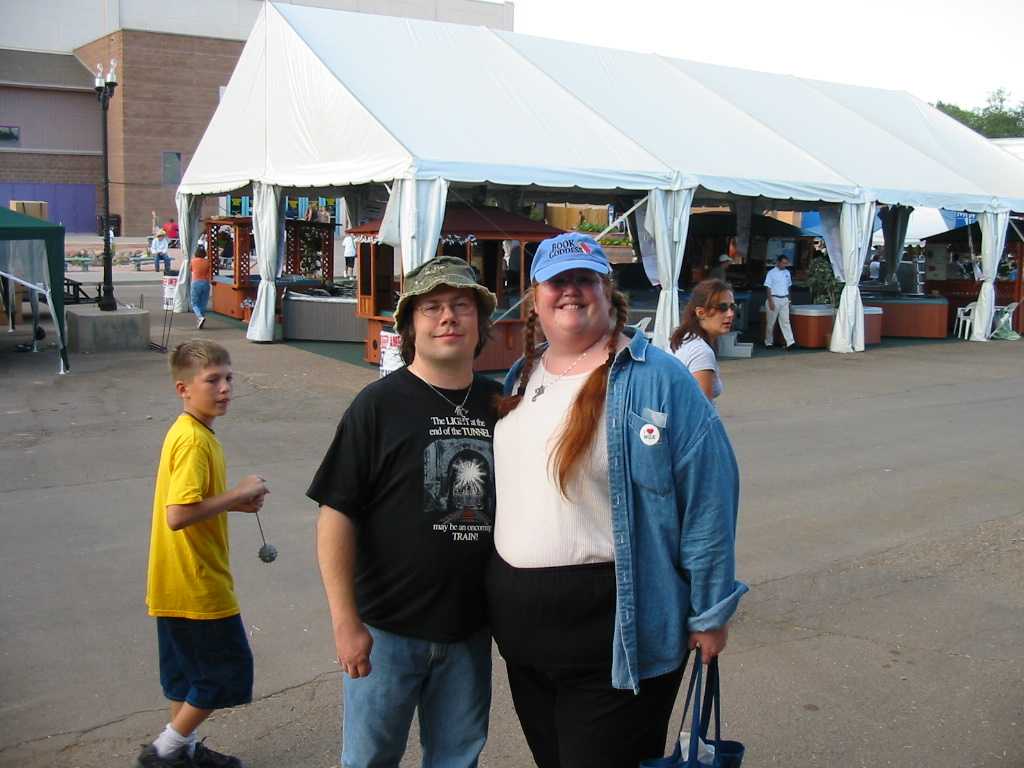 Here's a picture of me from the same State Fair milking a cow!
(Note the cool udders on my stool!) 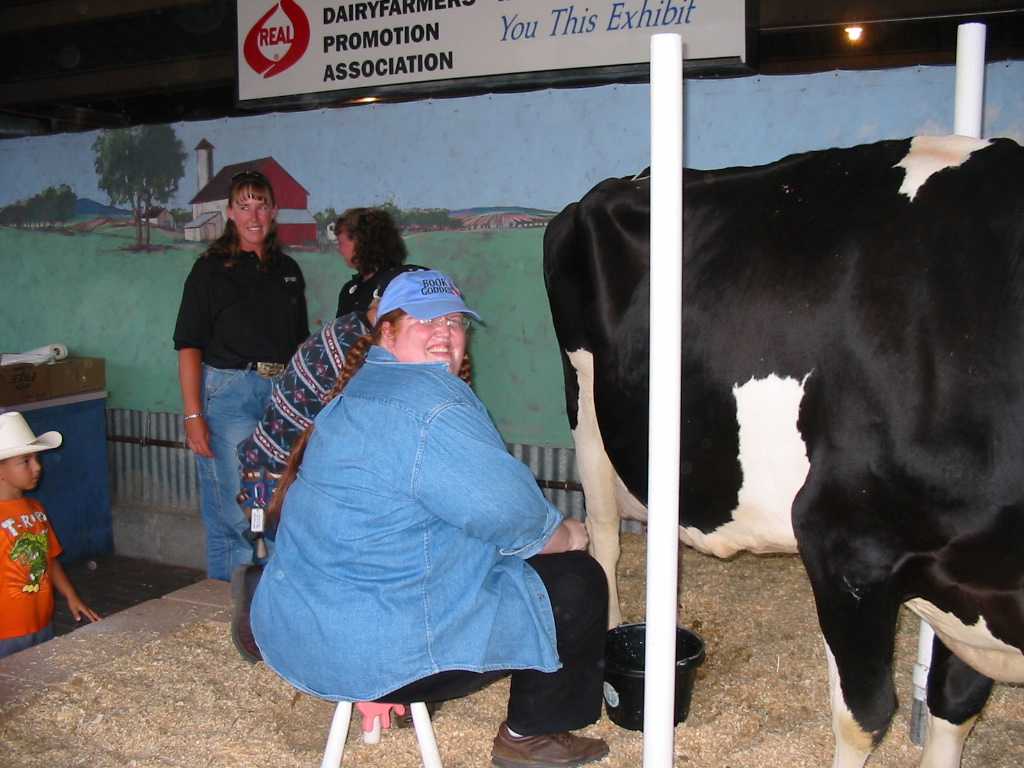 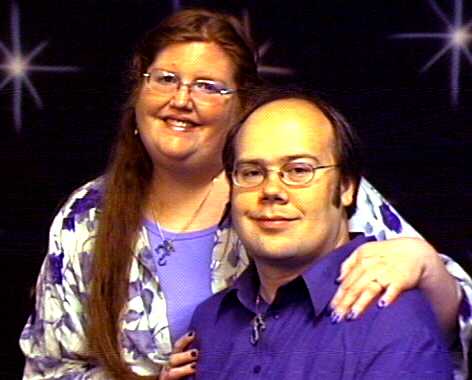 This is Ray's Webpage.  (Your page sucks, dear.  Update it!)

In case you missed seeing it on the front page, this is a countdown to the big day!
(Okay, plus this is my first JavaScript, so I'm putting it wherever I can.)


Some time after June 21, 2004, I will post LOTS of photos from our magical ceremony!